A public lecture with David Chioni Moore and Vít Havránek

The two-day seminar of David Chioni Moore and Vít Havránek, The Postcolonial 21st Century: Central Europe and Beyond at the tranzit. hu Free School for Art Theory and Practice on October 14-15, 2011 examines whether the transformations in Central Europe in the last 25 years, typically termed post-Soviet or post-communist, can also be termed post-colonial.

The Free School for Art Theory and Practice, in cooperation with the Center for Arts and Culture at CEU, presents the public lecture of David Chioni Moore and Vít Havránek.

Every era and every social problematic yields a corresponding style: Orientalism alongside colonial conquest, Dada in the aftermath of World War I, Absurdism in the shadow of the bomb, postmodernism as the cultural logic of late capitalism. But what style, what genre, what representational lattice for the current global age? Ranging across prominent recent works in anthropology, history, sociology, cultural theory, fiction, and literary studies, the cultural theorist David Chioni Moore identifies a pervasive new representational style — retrospective cosmopolitanism, defined as the invention and celebration of older convivialities which look remarkably like the conflict-free transnationalities many wish for today. Scholars and writers engaged include Mark Mazower, Salman Rushdie, Kwame Appiah, Amitav Ghosh, Karen Barkey, and Maria Rosa Menocal, all living and writing in a “New York state of mind.”


Vít Havránek: Some Well Known Artistic Practices of the 1960s Revisited in the time of Post-Bipolar History


The loss of its obverse face, in whose utopian justice the West recognised itself, and a fascination with the notion of catching up with the West went hand in hand with the process of the absorption of the Second World into the First. Today the Second World no longer exists; it has become part of a new (First?) World. However, its absorption transformed the First World, for it brought its own colonial past along with its post-colonial present and all the concomitant traumas. The essentialisation of this bipolarity which both the West and the East became victims to overlooked the existence of the Third and Fourth worlds and continues to do so. Indeed, during the Cold War the Third World had been a matter of dispute in the power struggle between both colonial empires. A talk based on some historical key studies shall attempt to break free from this essential East-West bipolarity and view the art of the Eastern satellite countries we will be dealing with here from a post-colonial
standpoint

The archive is realised in the framework of the international project, Recuperating the Invisible Past, which receives a grant from the Culture 2007 programme of the European Union. 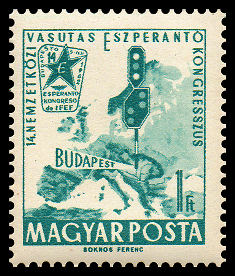 Related
The Postcolonial 21st Century: Central Europe and Beyond - A seminar with David Chioni Moore and Vít Havránek