At the action days, we discuss, in the form of a forum, the most pressing issues related to cultural policies, public funding, as well as the possibilities of interventions, and strategies for the future 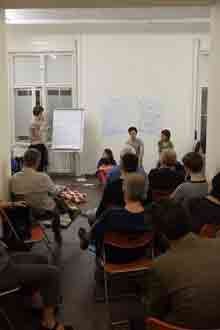