Mezosfera Event: Which Past the Present Stands On? Shifting Paradigms of Regional Art History Writing

PUBLIC ROUND TABLE DISCUSSION
Which Past the Present Stands On?
Shifting Paradigms of Regional Art History Writing

Moderated by: DÓRA HEGYI, tranzit. hu, Mezosfera magazine
The discussion will be in English

The upcoming Mezosfera issue (Summer 2020) will look at the shifting paradigms of regional art history writing, globally. For this upcoming thematic issue, Mezosfera magazine invited for a closed editorial meeting editors and authors of journals the remit of which, similarly to Mezosfera, covers regionally committed art and culture. The issues foregrounded in the closed editorial workshop will be discussed in the form of a public round table.


The event is conceived by DÓRA HEGYI and ESZTER SZAKÁCS, tranzit. hu / Mezosfera

The theme of the gathering in Budapest is to look at the shifting paradigms of regional art history writing, globally. As Mezosfera, based in Hungary, in (the former) Eastern Europe, we, as editors, constantly face the issue, not only of what to make of this geographical disposition/category, but also of what constitutes its artistic heritage. As “Eastern Europe” is also region that has undergone numerous regime changes, what is considered artistic heritage, art history, or art as such, is subject to the ever changing, ideological-societal forces.

One of Mezosfera’s previous issues, Parallel Nonsynchronism: Times and Places in Cold War Eastern Europe—which was published in conjunction with an exhibition—discussed, on the one hand, the connections and entanglements of two parallel art scenes: the socialist art scene supported by the state and the underground Neo-avantgarde art scene, forbidden or tolerated by the state. On the other hand, the issue brought forward the changing reception of state socialist art in Hungary and Eastern Europe as well. During the Cold War, in the Eastern Bloc, the art that was funded and commissioned by the socialist state was popularized and pushed into the forefront; however, in the 1990s, after the 1989 democratic regime change, state socialist art was to be forgotten and shoved into storage. The underground, Neo-avantgarde art, in the 1990s was promulgated as the art to be researched and canonized: today it is not only part of the artistic canon, but a newly discovered terrain for the international art market. Simultaneously, today, state socialist art, 30 years after the 1989 regime change emerges as a worthwhile area to reconstruct, and one that also needs to be protected from today’s nationalist, anti-communist agendas aimed at its eradication.

With this upcoming Mezosfera issue, we would like to propose to look at the shifting paradigms of regional art history writing, globally. We invited editors and authors of journals the remit of which likewise covers regionally committed art and culture.


Mezosfera’s program “Building International Alliance Through Mezosfera, 2019–2020” that includes special thematic issues and launch events is supported by the Foundation for Arts Initiatives. 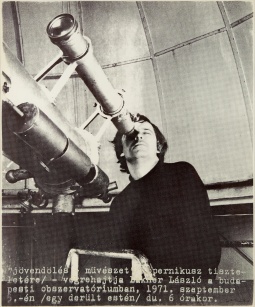