Exhibition in the Oratory of the Kiscell Museum

The history of museum collections, similarly to academic institutions, has been shaped by changes in political, cultural, and scientific paradigms, and by relocations, ruptures, and new beginnings in the life of host institutions. Curatorial decisions, financial considerations, and the state of the buildings curtail opportunities for further augmenting the collections or improving the operation of the museum.

The documentary photographs exhibited at the Excursus unveil the long-lasting problem of storage facilities at two of the major collections of the Kiscell Museum, functioning as part of the Budapest History Museum, comprising two separate collections: The Department of Modern Urban History, which holds artefacts relating to the city’s history, and the Municipal Gallery, an art collection. The photographs and the accompanying texts aim to focus attention on the history of warehouses as the not-so-visible spaces of a museum. The present, crammed condition of the magazines is the result of a long process; the stored material, and even the storage systems themselves, reflect the work of several generations of museologists and document major turning points in the history of the museum. Whilst our way of thinking about museums has changed significantly over the past decades, and considerable modernization have taken place in the presentation and mediation of the collections, their condition and the storage facilities have not improved – in fact some have deteriorated dramatically. 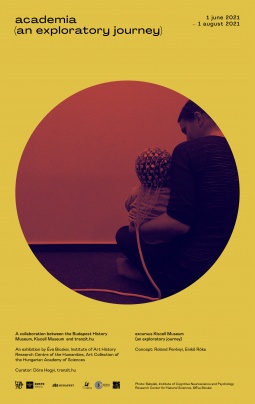