The April seminar of the Free School for Art Theory and Practice launched by tranzit.hu is led by Tirdad Zolghadr, Berlin-based writer and curator.

The Handbra Technique
Discussing Reflexivity in the Arts

It is said that self reflexivity is an important component of critical practices in both artistic and curatorial contexts. We have little reason to disagree. And yet that very statement begs a number of questions. If reflexivity means "reflecting" ones cultural surroundings, then which practices could possibly be considered "non- reflexive", seeing as no project can supersede its historical context. Moreover, what is the relationship between the reflexive and the critical (or self-critical), the latter being another term that is used in a plethora of ways, without qualification of the object one is critical toward. Criticality aside, how does reflexivity relate to transparency, self-marketing, or institutional critique.

I decided to name the seminar after a pop cultural practice that is actually at the limits of reflexivity, a gesture that is perhaps unintentional as such, and is in some ways bereft of reflexivity entirely. The handbra technique is a term used in softcore erotica for covering ones breasts with ones hands, for the sake of public decency. The gesture is of course anti-illusionistic, creating a near-Brechtian complicity with the audience: "you-know-that-I-know this is not the way you would be lounging by the pool in your own home". And it draws attention to women as battlegrounds of ideological stakes - woman both as icon of family values and as sex object - eroticizing that very act of "drawing attention to" in the process. The technique is also pertinent in that, in a time of budding hyperhardcore cyberporn, it´s pretty quaint.

All of which makes the handbra technique an awkwardly productive prelude to a discussion of reflexivity in the arts. The seminar will draw from examples of (intended) reflexivity in Zolghadr´s own practice as curator and filmmaker, and from other artistic, curatorial, art-critical or pedagogical settings. The seminar, notabene, is not an attempt at dictionary definitions, but uses the subject matter as a pretext for a conversation. In the second, closed part of the seminar, participants are invited to present an example that is pertinent to the topic at hand.

To take part in the seminar, please send a motivation letter, in which you include 1 page reflection on the topic (and which you will present on the seminar), to the office@tranzitinfo.hu address until the 10th of April.
Participation in the seminar is free.

Tirdad Zolghadr is a freelance writer and curator based in Berlin. He writes for frieze, Parkett, Bidoun and other publications, and is editor-at-large for Cabinet magazine. Zolghadr has curated events in a wide range of venues, also co-curating the international Sharjah Biennial 2005. He´s a founding member of the Shahrzad art & design collective, and has just published his first novel Softcore with Telegram Books London. Writing and curating aside, Zolghadr filmed and directed the documentaries Tehran 1380 (with Solmaz Shahbazi), winning the Young Filmmaker´s Award of Duisburg 2002, and Tropical Modernism, which premiered at the Oberhausen Short Film Festival 2006. Zolghadr has taught in a wide variety of venues, currently teaching at CCS, Bard College. 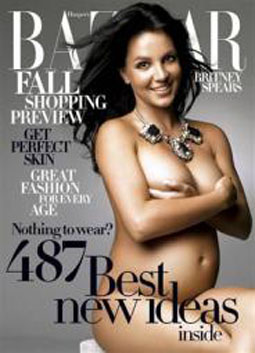