The Unmaking of Art – Four Stories on Exhibitions, Museums and Art History proposed by: Jelena Vesić in collaboration with the Museum of American Art - Berlin

The Unmaking of Art – Four Stories on Exhibitions, Museums and Art History

Application to the seminar with english motivational letter until May 8, 2012 to the office@tranzitinfo.hu address. The attendance is free.


It is obvious that today nobody prays in front of a religious painting in a museum or gallery, not even nuns, but we may also witness that it is not unusual a priest pray beneath the same Last Supper by Tintoretto when the painting hangs in the St. Francis-Xavier church. Usually, we don't pay much attention to what degree this kind of “dislocation” and “replacement” changes the meaning of the artifact – to what degree the same object can affirm contradictory, or even totally opposite stories, ideologies and worldviews, by being a part of different apparatuses of showing.

The seminar entitled The Unmaking of Art looks precisely into this “uncertain destiny” of artifacts located within different narratives of showing and telling. The main focus will be on the set of artifacts that are called Art and that are time and again reclaimed as Art by the interpretative techniques of art history or practices of exhibition-making and museum displays. However, contrary to the story on the “making of art” or the very discourse on “liberal arts” in which the artifact appears as the carrier of authenticity, singularity and uniqueness, the story on The Unmaking of Art will attempt to observe the entire discourse on art artifacts and their stories from some kind of a vantage point. The Unmaking of Art will advocate the position from which artifacts are seen almost exclusively in relation to their function of witnessing the truthfulness of a certain story and their dependence on the totality of art historical or museological mise-en-scène. The Unmaking of Art will try to take you behind the scenes.

During the first day of the seminar, lecturers associated with the Museum of American Art in Berlin – Walter Benjamin, Gertrude Stein and Alfred Barr – will reconstruct various systems of thinking on art in the modern epoch and will look into how the story on modern art is made. While Gertrude Stein will take you through the American collections of European modernism,Alfred Barr will present the most significant exhibition and museological practices of the XXth century with a special emphasis on the destiny of the Cabinet of Abstract Art, created by El Lissitsky and Alexander Dorner.

On the second day of the seminar, Jelena Vesić will shed some light onto the practice of former artist Goran Djordjevic, active between 1972 and 1985 in the Yugoslav and international arena. She will look at Djordjevic’s practice of radical copism with an emphasis on the exhibition Against Art realized in the Belgrade Student Cultural Centre in 1980 and re-presented in the space of tranzit.hu for the occasion of this seminar.

JELENA VESIĆ is independent curator, cultural activist, writer and lecturer based in Belgrade.
THE MUSEUM OF AMERICAN ART is an educational institution dedicated to assembling, preserving and exhibiting memories on modern American art shown in Europe during the 50es and early 60es. It opened in Berlin in 2004 at Frankfurter Allee 91. 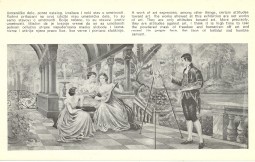