Generative Curating: Towards a New Internationalism?

Free School for Art Theory and Practice with Kate Fowle

To participate in the seminar, please send a motivation letter in English until April 15, 2013 at office@tranzitinfo.hu.

The motivation letter should answer the following questions:

- What do you think it means to be 'international' today as a curator? (no more than 200 words)

- Please describe an event, exhibition, art project, art organization active in the last 30 years that you think typifies the way in which your respective country/ location has engaged with the notion of "international" in an interesting way (positive or negative).

- What are you hoping to get out of the workshop?

During the seminar, participants are to present their ideas/selected theme introduced in the motivation letter in 5-10 minutes. They will also receive readings in advance.

Themes of the seminar:

As debates on the role of the curator are being further complicated by the notion of the ‘curatorial’ as a methodology, key factors by which curating is measured today include the extent to which activities address and confront timely social and political issues; the responsiveness of projects to the situations in which they occur; and the viability of exhibitions, events, and even institutions to be platforms for curators’, artists’, and participatory publics’ viewpoints. Increasingly the curatorial position is less engaged in upholding an institutional mandate than trying to transform it, experimenting with processes, functions, structures, and hierarchies in relation to an expanding art world that is located within ever-widening geopolitical frameworks.

While the 1990s witnessed the struggle of a new internationalism and the beginning of the global biennial boom that opened up the potential for dialogues between divergent and dispersed practitioners, the 2000’s saw the emergence of new art ‘centers’ and new models for institutions that enable the development of networks and collaborations regionally and internationally. These have established platforms from which to produce generative projects and research that goes beyond mandates of the traditional contemporary art museum and address the ‘stop-start’ problem of biennial structures.

At the same time, curators, critics, and artists, are more frequently experimenting with processes, structures, and hierarchies within ever-widening sociopolitical frameworks, as if decentralization and instability has now been accepted as the status quo. Yet what is political in one place, may be merely reactionary in another. As the ‘stage of global politics’ continues to expand and shift, what has ‘international’ come to mean in relation to art production, institutions, and curatorial practice? Are institutions transnational sites of exchange or circulation? What is the role of international exhibitions? What does the 'global' or 'international' mean in Beirut, Auckland, Lagos, Budapest, Abu Dhabi, Montevideo, or Gaza?

Kate Fowle will deliver an open lecture on May 16, 2013 at the Ludwig Stairs on Independent Curators International and its touring exhibition program and will lead a closed seminar, both based on the themes and questions described above.

Related to the seminar, tranzit. hu presents ICI’s longest running touring exhibition, do it, a project by Hans Ulrich Obrist, running for twenty years this year. Do it is a collection of about 250 written instructions by artists, from which a selection will be presented within an event framework.

Kate Fowle has recently been appointed as the Chief Curator for the Garage Center for Contemporary Culture in Moscow and will remain Director at Large at Independent Curators International (ICI) in New York. As Executive Director of ICI since 2009 Fowle was responsible for transforming the institution into a leading platform for curatorial practice and discourse. Previously, she was inaugural International Curator of the Ullens Center for Contemporary Art in Beijing; between 2002 and 2007, she was Chair of the Master’s Program in Curatorial Practice at California College of the Arts, San Francisco, which she co-founded with Ralph Rugoff. Before moving to the United States in 2001, she was Co-Director of Smith + Fowle, a curatorial partnership based in London that developed commissions across the United Kingdom from 1996. Prior to this, she was curator at the Towner Art Gallery and Museum in Eastbourne, East Sussex. 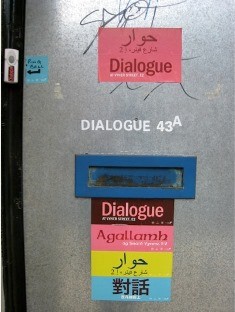