The Badischer Kunstverein is presenting a joint exhibition and events
programme in collaboration with the independent project-space tranzit.hu
from Budapest. The cooperative project covers a period beginning in the
1960s, leading to politically and socially relevant questions of today.

At the center of the exhibition on the upper floor of the Kunstverein is the
project IPUT by the Hungarian artist Tamás St.Auby, which is being pre-
sented in Germany on this scale for the first time. St.Auby founded the
‘International Parallel Union of Telecommunication’ (IPUT), a fictional or-
ganisation parallel to the military status quo, in 1968 and has developed
various projects within this context.

Initially St.Auby worked as a poet in the 1960s, creating ‘picture poems’
and ‘concrete poems’, and organised the first Hungarian happening in 1966,
with Gábor Altorjay. He translated and distributed important texts by the
Fluxus movement, organised happenings, actions, action theatre and the first
Fluxus concert in Hungary in 1969. In 1975 St.Auby was expelled from the
country and spent most of his 15-year exile in Geneva. Among other pro-
jects, he began to work more intensively on his project around the margin of
subsistence ('Minimal Subsistence Standard Project 1984 W'), which also
plays an important role in the Kunstverein exhibition. Another central element
of the exhibition is the film 'Centaur' (1973-75) which, because of its criticism
of the working and social conditions existing at that time, was banned by the
board of censors. After its successful presentation at the Istanbul Biennal
2009 the film can now be seen for the first time in Germany.

On the occasion of the exhibition, tranzit.hu and the Badischer Kunstverein
will co-produce a publication.

In the Waldstraßensaal `Invisible History of Exhibitions. Parallel Chronologies´
presents a documentary selection from the same-named project of tranzit.hu,
which deals with art exhibitions in Eastern Europe from the 1960s to the pre-
sent day. Exhibitions, as established forms for the presentation of art, are
critically illuminated and investigated in terms of their relationship to the public.
During this period, progressive art could generally not be presented in public
art institutions, but often only took place in ‘second publicity’: in clubs, cultural
houses, private flats or other off-site spaces outside of public art institutions.
The Hungarian artist Tamás T. Kaszás has developed a unique exhibition
architecture for the exhibition at the Badischer Kunstverein.

The `Free School for Art Theory and Practice´ also takes place in the Wald-
straßensaal; an educational and intermediary model, which has been run by
tranzit.hu for several years and has now been transferred to the Badischer
Kunstverein. Workshops and talks from theorists and artists from Hun-
gary convey insights into the themes of the exhibition. The Hungarian curator
Lívia Páldi has been invited to talk about her exhibition on the Béla Balázs
Filmstudio and to discuss questions about film production under politically
and socially precarious conditions. The Hungarian theorist and curator,
Beata Hock, deals with the role of women in film production between 1945
and 2005 in Hungary and illuminates the relationship between gender and film.
The grassroots initiative `Impex-Contemporary Art Provider´ (Rita Kálmán /
Katarina Šević) will talk about Budapest's independent art scene of the
past 20 years and link it to the history of independent art spaces in Germany. 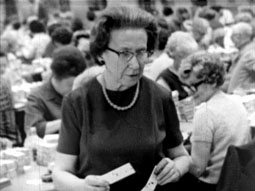