Art Under a Dangerous Star

Art Under a Dangerous Star is a three-part event and exhibition series between April and June, 2014. The title is a quotation by Hungarian art critic and art historian Ernst Kállai form a short text he wrote in 1942 about how artists reacted during the Second World War to the existential crisis generated by the rise of fascism. More broadly, the project endeavors to investigate the place, tasks, and responsibilities of contemporary art in an era overlapping crises, as well as in the face of the authoritarian state power delimiting self-determined culture and critical thinking.

Art Under a Dangerous Starconnects to the long-term international research project on contemporary forms of fascism, initiated by the curatorial collective What, How, and For Whom / WHW. The project postulates that “silent fascism” infiltrates several facets of the current workings of our western “democracies:” rising nationalism; the increasing racism and discrimination against minorities, foreigners, and immigrants; restrictions on the freedom of speech and of the press; anti-intellectualism; or the intrusion of privacy in the name of “national security.”

Conceptualized by Kathrin Rhomberg, the project Christoph Schlingensief: Foreigners out presents the documentary film of Christoph Schlingensief´s intervention into the public life, Ausländer raus—Bitte liebt Österreich, 2000 (Foreigners out—Please love Austria) by Paul Poet. It is accompanied by an introduction of Kathrin Rhomberg, and a discussion with Kathrin Rhomberg and theater critic Andrea Tompa, moderated by Dóra Hegyi, on how Schlingensief operated in the art world and within the context of film, how he used other media, and the way in which his work occupied public space—all in order not only to address but to influence social issues and matters of political relevance. The roundtable discussion will be extended by the presentation of further films by Christoph Schlingensief that provide a comprehensive insight into his filmic oeuvre.

With Foreigners out—Please love Austria Christoph Schlingensief radicalized the diagnosis of the current democratic constitution of our society. Schlingensief reflected with {this work not only the common disorientation and reluctance to take a stand, but also the manipulability of the public and the culture of resentment in which xenophobia and racism were rampant.


ART UNDER A DANGEROUS STAR: THE RESPONSIBILITY OF ART


The attribute "fascist" in Hungary in the recent decades has been a pejorative, yet weightless term. Both the totalitarian leadership during state socialism and the political elite that came to power after the regime change of 1989 declared their value system "antifascist," even though both kept alive and practiced exclusion in many fields. Recently, this negative attribute has been filled with historical and political content. The political elite of the 1989 regime change did not reflect on the contradictions and divisive potentials of being anti-fascist and supporting neoliberal capitalism. What parallels can be seen between these current threats on democracy and historic fascism? What are possible forms of resistance? Can we find the roots of today's crises in the ideological unsettlement of the regime change and the alliance of antifascism and capitalism?

FREE SCHOOL FOR ART THEORY AND PRACTICE: SEMINAR WITH WHW

Free school seminar with members of What, How and for Whom / WHW, Nataša Ilić and Sabina Sabolović, in collaboration with Nikola Vukobratović, representative of Alerta, Centre for Monitoring of Right-Wing Extremism and Anti-Democratic Tendencies, Zagreb. .

The title of the seminar is taken from the collection of texts by Slovenian philosopher and political activist Rastko Močnik, written in 1995, in the midst of the disintegration of Yugoslavia. Although Močnik's title is a question, it contains a statement. The question is not “Fascism – yes or no?”, but how much of it still allows for the performance of democratic exercise.

To participate in the seminar, please send a motivation letter in English as well as a short description of a case study in relation to the theme of the seminar. Participants are to present their case studies in 5 minutes at the seminar. Please send application until May 12, 2014 at office@tranzitinfo.hu.

QUEST OF QUERY: THE MENACE OF THE OBVIOUS

The last part of the exhibition series is the presentation of the collaborative project Quest of Query: The Menace of the Obvious by Athens-based artist Theodoros Zafeiropoulos and tranzit.hu curator Eszter Szakács. A productive dialogue that initially started in Bergen, Norway during their residency programs, forms a "bridge for production," – connecting also the countries of Norway, Greece, and Hungary—, leading to the exhibition. In the video installations presented at the exhibition, under the initial idea that “landscape is not innocent,” the observatory and metaphorical readings are in focus, where it is through the attention to the obvious and the details of landscapes, bodies, or architecture, that the socio-political appears. Based on documented events of a national parade, a series of flags, a description of imagery, or an intervention into dominant mechanisms, the artist meticulously fabricates these accidental documentations into ambiguous observations; in his videos, the harmless course of events transform into disturbing snapshots.


The project Beginning As Well As We Can (How Do We Talk About Fascism?) is supported by the European Cultural Foundation.

Image: Wendelien van Oldenborgh, Supposing I love you. And you also love me, 2011. Architectural setting with bench and projection: Montage of still images with dialogue, sound, english subtitles, 13 minutes. Courtesy Wilfried Lentz Rotterdam and the artist. 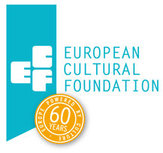 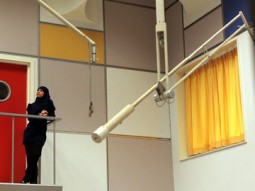 Related
Art Under a Dangerous Star: The Responsibilty of Art
Christoph Schlingensief: Foreigners out
Quest of Query: The Menace of the Obvious