tranzit. hu presents this year at the Bánkitó (Lake Bánk) Festival Positive by Lilla Szász. This dairy-like photo series gives insight into the personal story of an HIV-positive grandmother. Márta was infected by her husband 16 years ago, and now, as an activist, she considers her main mission to rebut myths and stereotypes about the disease. The images of Positive render the practically invisible issue of HIV and AIDS in Hungary as part of an everyday story. This story, however, raises uncommon issues, among others, about the concept of family. On July 15, at 7 pm there will be a public talk with the participation of Márta, in Hungarian, about activism and the current state of HIV in Hungary.

Márta, mother, grandmother, retired teacher, has been HIV-positive for 16 years. Her husband, Béla, abandoned the family in the early 1990s to travel to Western Europe for a longer period of time. When he returned, Márta asked him to get tested as there was much discussion in the media at that time about HIV. Béla told her he went, and not much later he was diagnosed as HIV-positive. Márta, who was also infected, took care of Béla until his very last day, when he died of AIDS 16 years ago. “I am happy with this, as it is now”—says the main character of Positive—“It is clear that I can handle these things, the related tasks and problems, and I accept all that this state offers me as a plus.” Márta is currently engaged in activism and gives preventive lectures across Hungary. As she points out, she found a mission through her disease and now lives her life as an integral part of a community, with whom they are working on rebutting prejudices, myths, and stereotypes about HIV and AIDS.

Lilla Szász worked on the project Positive between 2013 and 2015, which was first presented at the Liget Gallery in Budapest and then at the OFF-Biennale Budapest. Concurrently with the Bánkitó Festival, Lilla Szász’s new photo series The Tribal Chief is on view at tranzit. hu’s exhibition Our Heart Is a Foreign Country until July 30 at the Studio Gallery.


Positive by Lilla Szász is presented at the Bánkitó Festival in framework of tranzit. hu’s the long-term research program Chosen Family. 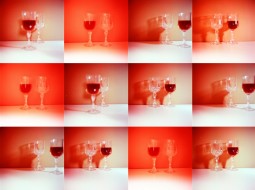