Solidarity Must Be Defended

The anthology Solidarity Must Be Defended takes the form of a trifold publication bringing together essays and projects on gestures and alignments within the visual arts around transnational solidarity during the Cold War. In dialogue with, among others, the quietist tendencies of non-alignment and the radical vector of liberation movements, the book looks at both grand initiatives and tragic misfires from an entangled, decolonizing world. The point of departure for this anthology is a special issue of Mezosfera magazine (“Refractions of Socialist Solidarity”) edited in Budapest by Szakács in connection with Mohaiemen’s 2018 Turner Prize nominated film Two Meetings and a Funeral (2017), and the anthology’s trifold lightly reflects that film’s three-channel form. The anthology proposes that transnational solidarity is always worth celebrating, but also extremely difficult to inhabit.

Eszter Szakács is a curator, editor, and researcher in Budapest. She works at the contemporary art organization tranzit.hu in Budapest since 2011. At tranzit.hu she is co-editor of the online international art magazine Mezosfera, co-editor of the book IMAGINATION/IDEA: The Beginning of Hungarian Conceptual Art—The László Beke Collection, 1971 (Budapest, Zurich: tranzit.hu, JRP|Ringier, 2014), and she curated the collaborative research project Curatorial Dictionary. In 2018, she organized at tranzit.hu the Hungarian premiere of Two Meetings and a Funeral (Mohaiemen 2017). She is a curatorial team member of the civil initiative OFF-Biennale Budapest. Her practice revolves around questions of internationalisms, methods of cultural resistance, relations between Eastern Europe and the Global South, as well as the exhibitionary form of research.

Naeem Mohaiemen combines essays, films, drawings, and installations to research failed insurgencies and incomplete decolonizations – framed by Third World Internationalism and World Socialism. Despite underscoring a historic left tendency toward misrecognition of allies, a hope for a future transnational left, as the only possible alternative to current cages of race and religion, is a basis for the work. He is author of Midnight’s Third Child (Nokta, forthcoming) and Prisoners of Shothik Itihash (Kunsthalle Basel, 2014); editor of Chittagong Hill Tracts in the Blind Spot of Bangladesh Nationalism (Drishtipat, 2010); and co-editor (w/ Lorenzo Fusi) of System Error: War is a Force that Gives us Meaning (Sylvana, 2007). His works have exhibited at Mahmoud Darwish Museum (Ramallah), Bengal Foundation (Dhaka), SALT Beyoglu (Istanbul), Tate Britain (London), Museum of Modern Art [PS1] (New York), and documenta 14 (Athens/Kassel). 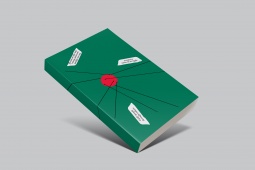