The exhibition that took place between 2018-2019 in the Budapest History Museum, Kiscell Museum – Municipal Gallery, initiated by tranzit.hu and the Museum, drew parallels between works collected by László Beke for the Idea / Imagination project on the one hand and tapestries that were commissioned by the state around 1971 with the intention of having them installed in public spaces, on the other. The latter were “hidden” in the storage of the museum as part of the collection of the Museum. Unusually state supported and prohibited works were shown as part of the same exhibition. The exhibited pieces had "swapped places" after the regime change in 1989, when neo-avantgarde works became valuable, while socialist modernist pieces left the exhibition rooms. The exhibition drew attention to the complexity of the "tolerated" field, within which young progressive artists of the time could act, and which was to be found somewhere between "banned" and "promoted".

The book provides an overview of how the curatorial crew applied Ernst Bloch's concept of "parallel nonsynchronism" for the period between 1968-1973 and how Tamás Kaszás and Zbynek Baladrán – contemporary artists who in many of theirs projects worked on the state socialist period and also with exhibition display – played a decisive role in the creation of the installations.

Co-published and distributed by PUNCH (https://p-u-n-c-h.ro/) 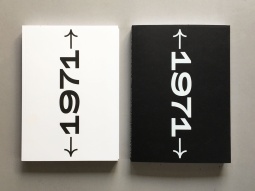