The discussion will be in German.

Image: Péter Türk: Black and White, page from the book 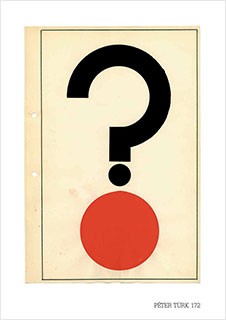