An attempt to use alternative geography to explore narratives and space

Introduction with presentation of past works, works in progress (in the forms of video, writing, performance-lecture) that deal with a range of subjects that include sites of leisure, non-places, alternative science, sexuality, psycho-geography, urbanism, language and other subjects to do with the investigation of space through visual/aural/textual media.

Overview of a selection of time-based works (ie experimental film, classical narrative film, art video, performance, sound art) designed to create a discussion on how certain artists have used such forms as a way of working with a given space (ie urban environment) to explore the effect of a site or location on human consciousness.
We show excerpts of works such as Stalker by Andrei Tarkovsky, Wax or the Discovery of Television Among the Bees by David Blair, excerpts from films by Guy Debord, Die Parrallel Stratte by Ferdinand Khittl, London and Robinson in Space by Patrick Keiller etc. We also look at non-film formats such as conceptual photography, psycho-geographic works (being textual or time based) and pure text-based works in an attempt to analyze them more theoretically.

Sherif el Azma is an experimental film maker and video artist whose works deal with re-formalizing (or referencing) of modal codes used in the forms of television, media, film and public address. His single channel works and installations have been shown in Ashkal Alwan - Beirut, National Film Theatre - London, Martin-Gropius Bau - Berlin, Manifesta 8 - Murcia, World Wide Video Festival – The Netherlands as well as other screenings and exhibitions in Cairo, Egypt and internationally. Recently his work has been dealing with the re-representation and / or investigation of geographical space through film and public address as well as single channel video and 3d constructions. 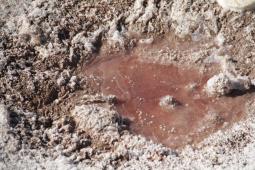