The screening is part of the Budapest Fragment of the project Monument to Transformation initiated by Zbynek Baladrán and Vít Havránek. The project started with a relatively simple question in Fall 2006: what has happened in the Eastern part of Europe since the fall of the ‘Iron Curtain’?
In order to avoid investigating the transformation of the social system through the polarized clichés of East/West, the project has expended the research to several countries outside Eastern Europe, where, though different in volume, but similar social changes took place. Thus, a new map of transformations emerged, by which the research continued with an inductive method.

Monument to Transformation is an interdisciplinary environment, a permanently expanding subjective exhibition of art objects, archives, theoretic texts and spoken forms (both live and archived). It is followed by several ‘fragment exhibitions’ in different cities, which will later become the integral part of the exhibition is Prague. The Budapest Fragment, which will be hosted by the tranzit.hu office in the near future, will become part of the project in the same way. 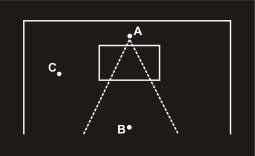