Tehran 1380 (45’), which Zolghadr made together with Solmaz Shahbazi, is a film of Tehran, the wildly growing metropolis of concrete and neon that does not seem to fit into common urban planning or aesthetic standards. The two Iranian director depicts Tehran as a city, where modernity and tradition intermingle almost inseparably. The film, which has won the Young Filmmaker`s Award of Duisburg 2002, presents very different points of view concerning the identity and future of the city.

Tropical Modernism (23’) is a film about the Iranian left. Dr. G. Rahati, the main character of the film, at one point seems to take control over Zolghadr’s camera, and decides to film himself as remembering the short history of the Iranian socialism. Iranian socialism has become a mass movement for a short period until, soon after the 1979 revolution, it came to an abrupt end; in the 80s almost 20000 activists were executed without a trial. The film is an attempt to portray the one time militant without heroizing him or his comrades.

Tirdad Zolghadr is a freelance writer and curator based in Berlin. He writes for frieze, Parkett, Bidoun and other publications, and is editor-at-large for Cabinet magazine. Zolghadr has curated events in a wide range of venues, also co-curating the international Sharjah Biennial 2005. He`s a founding member of the Shahrzad art & design collective, and has just published his first novel Softcore with Telegram Books London. Writing and curating aside, Zolghadr filmed and directed the documentaries Tehran 1380 (with Solmaz Shahbazi), winning the Young Filmmaker`s Award of Duisburg 2002, and Tropical Modernism, which premiered at the Oberhausen Short Film Festival 2006. Zolghadr has taught in a wide variety of venues, currently teaching at CCS, Bard College.


On April 19 and 20 Tirdad Zolghadr will make a seminar in the framework of the Free School for Art Theory and Practice on reflexivity in the field of contemporary art. Participation in the seminar is free but registration is necessary. 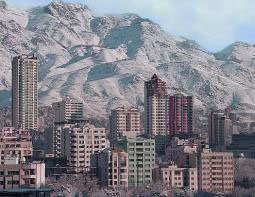