Participants of the discussion are artist Lilla Khoór, writer, journalist Gergely Nagy, as well as curators Dóra Hegyi and Eszter Szakács.
The discussion is moderated by curators Eszter Lázár and Zsuzsa László.

The interviews published on the website were made by participants of the seminars:

"We" and Contemporaneity – Jan Verwoert interviewed by Brigitta Iványi-Bitter

Art and Activism – Dimitry Vilensky and David Riff (Two Members of Chto Delat?/What Is to Be Done?) Interviewed by Szacsva y Pál


The interviews are first published in Hungarian, and will be available soon in English as well. 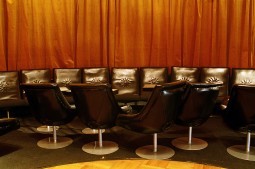