We Were So Few And So Many Of Us Are Left

The seminar of the tranzit.hu Free School for Art Theory and Practice is connected to the exhibition We Were So Few And So Many Of Us Are Left by Anca Benera and Arnold Estefán. See more about the exhibition: http://hu.tranzit.org/en//0/2013-10-11/anca-benera-and-arnold-estefn-we-were-so-few-and-so-many-of-us-are-left

At the seminar of the Free School for Art Theory and Practice connected to the exhibition of Anca Benera and Arnold Estefán, we address the Romanian and Hungarian political situation from a civic-activist perspective. Social researcher Ágnes Gagyi from Budapest, curator Raluca Voinea from Bucharest will introduce at the seminar the contexts of the ongoing new movements.

We are inviting participants to a discussion about civic reactions and answers to the current situation in Romania and Hungary. We anticipate that the participants will also contribute to the discussions. Therefore, we propose to think over in advance: 1) What do you think were the two most important civil movements in the last two years, and why? 2) What are the shortcomings of these movements, what can they get better at?

The seminar is in English and is open to all.

Please send intent of participation until October 9, 2013 at office@tranzitinfo.hu

When the Arab spring was in full bloom, with Tahrir Square celebrating on all international screens, a wave of scepticism was sweeping through Romania. Except for some feeble union protests, with one of the largest in October 2010 dispersing hours before the officially permitted closing time, the general attitude was one of submission, and the memories of the rather bloody massive protests in 1989 and 1990 acted as proof of the uselessness of such civic movements. The unexpected protests from early 2012, after a short euphoria, only continued this tendency, as they were rapidly capitalized on by the political parties and discredited the possibility of achieving real change through popular pressure. What September 2013 brought, seems to be something else, a different mobilization, a much younger generation, less willing to concede to the blasé arguments of their parents. The story of these protests is still in full process of being written, yet, for the first time, maybe in these last two decades, it has become equally urgent and meaningful to look at it while it is developing, as a complex movement, instead of just projecting it as a simple teleological action.


Ágnes Gagyi: Contemporary mobilizations in Hungary and their political context

I will speak about the wider power relations that set the circumstances for what has become "civil society" and "democracy" in post-socialist Hungary. It is this field in which I will try to situate the more or less successful mobilizations since 2011, and relate them to contemporary processes in wider power relations, including what has been treated as a new wave of global movements since 2011. 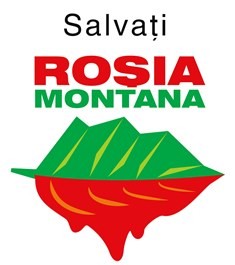