October 15, 2015. 4:30-7 pm: Event with students of the Hungarian University of Fine Arts. How to work in an exhibition? Lecture by Elke Krasny, professor of the Academy of Fine Arts, Vienna. Host: Tünde Varga
(in English)

October 30, 2015, 7:30 pm: Critical pedagogy in practice with the participation of the School of Public life and the Free School Of Robin Goodfellow 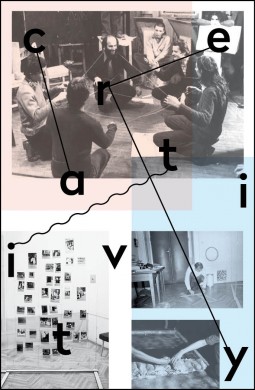