Mezosfera is an international magazine on art and culture published and edited by tranzit.hu in Budapest. It is a new publishing project that will extend, on an international level, on the mission of the online periodical tranzitblog, published in Hungarian since 2007. Mezosfera is a platform for the sharing of knowledge and the building of solidarity: while also connecting with other non-central geopolitical regions of the world, it initiates dialogues mainly among the art and cultural scenes of the region described as Eastern Europe. It endeavors to discuss how the countries in this region with a common but locally varied communist past confront the influence of both global and local socio-political turbulences. Mezosfera also endeavors to mediate these local and regional discourses to a broader, international audience.

Drawing on the magazine’s objective and tranzit.hu’s practices in general, Mezosfera is used here as a metaphor for an in-between, intermediary sphere where, through collaborations and co-learning, network building and horizontal expansion are foregrounded. Mezosfera as a trans-disciplinary platform—connecting various, often conflicting spheres—exists in the space between grassroots initiations and institutionalized practices.

Mezosfera is launched with two columns. “Magazine” covers events and initiations of contemporary culture in Eastern Europe and beyond. As a start, this column examines projects that have recently taken place in Hungary and that also outline some of the major issues the cultural scene is facing here today. “Issue” is a thematic column, appearing four times a year, which is compiled each time by a guest editor. Our guest editors are invited to collaborate with authors from different countries, regions, and backgrounds to discuss issues that are relevant and urgent within the cultural field of Eastern Europe. 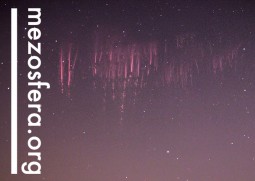