Almost 30 years after the fall of the “Iron Curtain”, Vienna is still problematically described as a gateway between “East” and “West”. This controversy has to do with Austria’s history as a former empire. Vienna was indeed a melting pot of different peoples at the turn of the century in 1899 and 1900. Austria’s role as a neutral country in the “West” and a receiver of Gastarbeiter in the 1960s and 1970s adds to this. Especially after 1989, Vienna was a host to artists and scholars from neighbouring countries, and thereby continuing its long history of cultural exchange.

ERSTE Foundation and tranzit have been collaborating within the jointly operated Artist-in-Residence programme. Artists, curators and theorists from the Czech Republic, Hungary, Romania and the Slovak Republic have been invited to Vienna to live and work in the city’s MuseumsQuartier.

The themes of friendship and exchange, social movements and activism, the historical dimension of imperialism and its impact on the present, and the strengthening of new nationalisms underlie the artistic productions at the exhibition. A series of events and excursions offer an opportunity for temporary exchange for the entire duration of the exhibition and emphasize its process-related character See the detailed program.

A co-operation between tranzit and ERSTE Foundation with frei_raum Q21 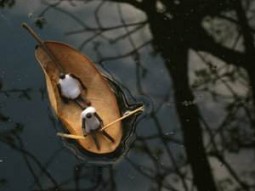