Program of the evening:

Sherif el Azma „The city as a character”

Malak Helmy „Notes on the site of leisure”

Sherif el Azmais an experimental film maker and video artist whose works deal with re-formalizing (or referencing) of modal codes used in the forms of television, media, film and public address. His single channel works and installations have been shown in Ashkal Alwan - Beirut, National Film Theatre - London, Martin-Gropius Bau - Berlin, Manifesta 8 - Murcia, World Wide Video Festival – The Netherlands as well as other screenings and exhibitions in Cairo, Egypt and internationally. Recently his work has been dealing with the re-representation and / or investigation of geographical space through film and public address as well as single channel video and 3d constructions. 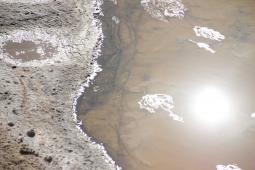