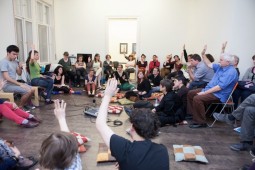 Related
tranzit. hu action day - April: What to do?